From 21-22 September 2022, the Kraków Metropolitan Area hosted the first European INTERLACE Engagement Event. Titled “Cities Talk Nature Europe: Nature, Places, People”, the conference aimed to strengthen knowledge and exchange on the implementation of Nature-based Solutions and brought together more than 50 participants from municipalities and other organisations from across Europe.

Łukasz Pawlik, Deputy Director of the Kraków Municipal Greenspace Authority started the thematic inputs with a presentation full of concrete examples. He introduced the achievements, perspectives and challenges of green space management in Kraków and explained that two percent of the city’s budget is devoted to green spaces. One aim is to double the forest cover until 2040 from four to eight percent. He underlined that it is essential to guarantee all inhabitants a just and equal access to green spaces. 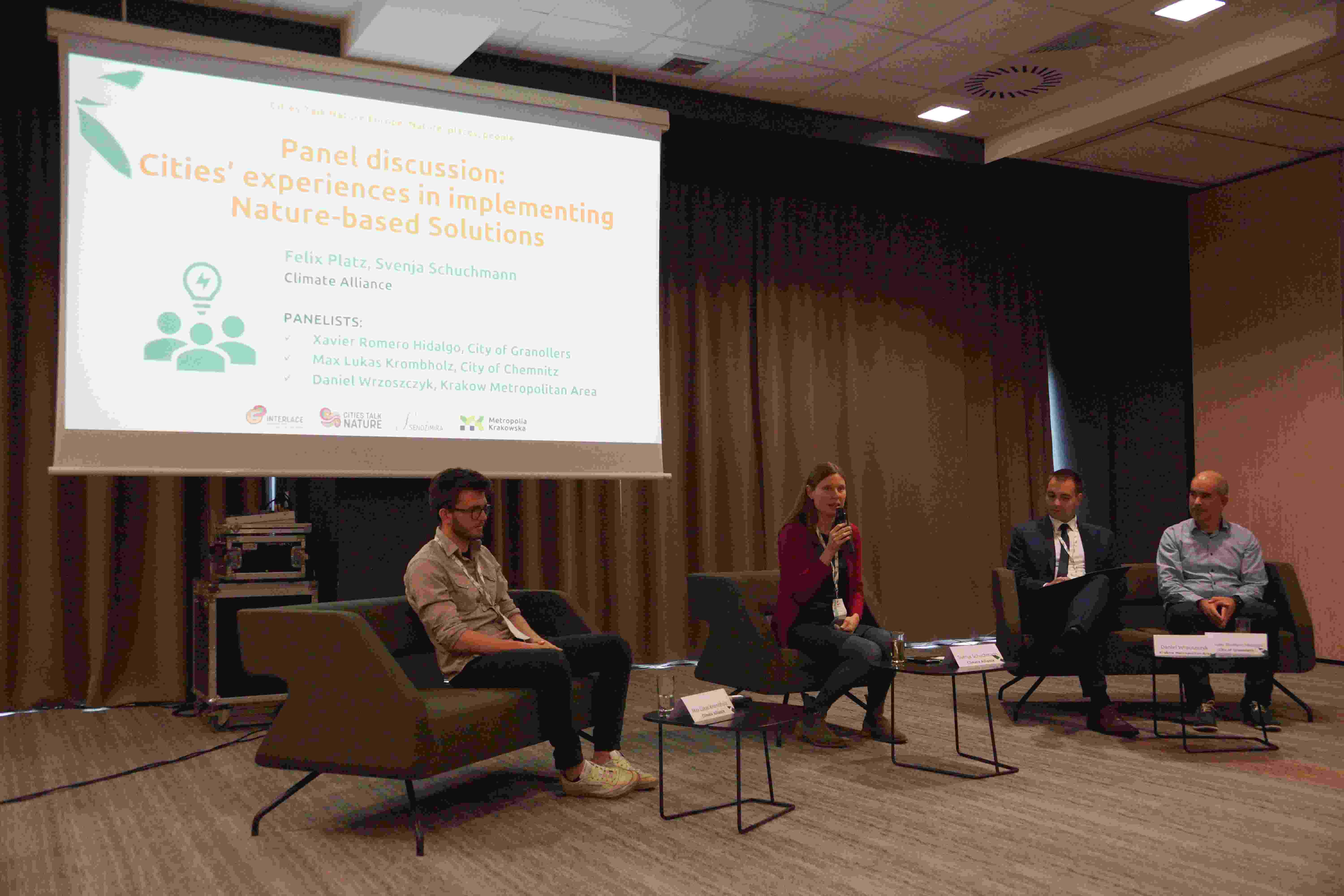 In the following, four speakers introduced the topics of the afternoon workshops before the first half of the day was concluded with a panel discussion: The representatives of the three European INTERLACE cities Granollers, Chemnitz and Kraków Metropolitan Area shared their experiences in implementing Nature-based Solutions. Xavier Romero Hidalgo from the city of Granollers emphasised for example the advantages of cooperating with the scientific community in order to transform degraded urban areas. Daniel Wrzoszczyk from the Kraków Metropolitan Area highlighted that it requires a completely new approach regarding the development of public spaces and its financing, in order to rapidly switch to the new reality climate change will entail. And Max Krombholz reported on an example from the city of Chemnitz, where only a high water event led to the decision to develop a parking lot into a green area. Following this, he stressed the importance to act in advance of extreme weather events.

In the afternoon, four workshops invited the participants to deepen the morning discussions: In the first workshop, possibilities to apply universal standards of urban green areas maintenance in Polish and European cities where discussed. In the second workshop, the assessment analysis of the climate change sensitivity of the Kraków Metropolitan Area was introduced. Participants then discussed which vulnerability criteria should be considered most important. The attendees of the third workshop collected already existing instruments which support the implementation of Nature-based Solutions and classified them along the categories “Financing”, “Agreement-based”, “Legislative” and “Knowledge”. In the fourth workshop, experiences from participatory processes in urban ecosystem development were shared and discussed. 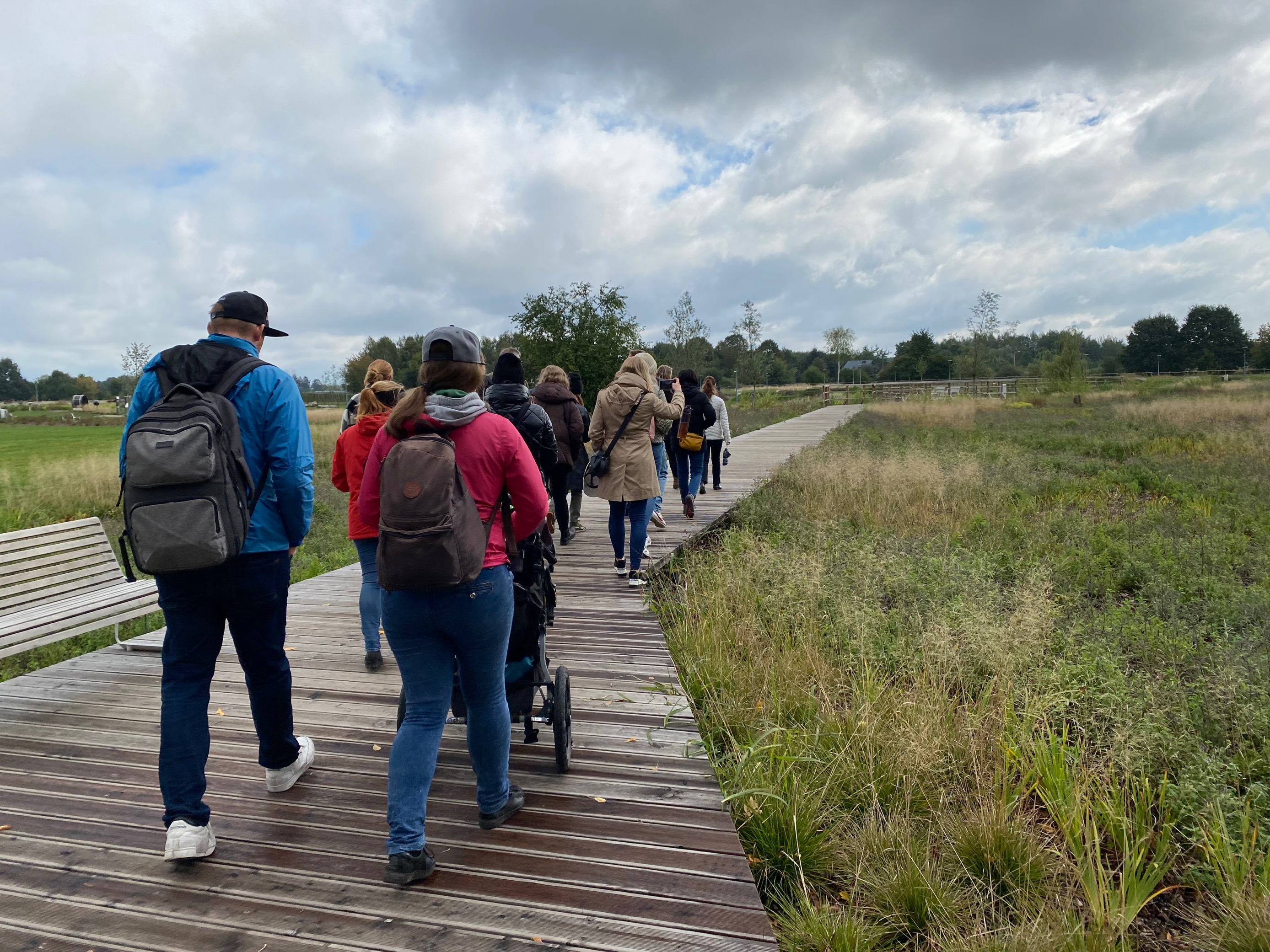 The second day then was all about practical experiences: During a five hours tour, conference participants visited the different green areas within the Metropolitan Area of Kraków and learned about their history, development and functions. These on-site visits produced a lot of exchange and rounded off a stimulating conference.